CLUBSONICA is a promoter / label of Colombia, home of Juan Pablo Torrez (label owner) and Kamilo Sanclemente (A&R), which represents their unique perception of progressive house, melodic techno and some exquisite sounds from around the world.

Clubsonica Records opens the new year by welcoming Lio Q, Anhauser and Nicolas Leonelli back to the label for a new EP. Working collectively since May of 2018, the talented Argentinean trio flexed their collaborative powers with a well-received release via Antrim's Or Two Strangers. Continuing to build a bond with the label, Lio Q, Anhauser and Nicolas Leonelli now return to Clubsonica with 'Lost Desert | Perfect Love', alongside remixes from Paul Deep (AR) and Dabeat.

The release begins with 'Lost Desert' which finds the trio drawing on the peak time sensibilities of their repertoire. It's tough, rolling groove commands a big presence from the outset, adorned with fiery percussion and electric pulses which drive momentum forward. Cosmic effects steal the air, building anticipation towards a series of melodic fragments, bringing emotional depth to the journey before initiating a heartfelt break. Cascading melodies and wistful atmospherics marry beautifully across the expansive interlude, building emotion with each successive pass, before eventually giving way to a thumping drop and charged finale. The companion piece 'Perfect Love' finds Lio and Nicolas operating as a duo and continuing the progressive tone set by its predecessor. Mysterious and mystical from the outset, a spacious groove sits at the foundation, as cross-cultural vocals and melodic fragments converge across the first act. The narrative shifts into more emotive territory as the main break commences, with the vocal emerging further, playing off striking tonal themes and buzzing effects, before effortlessly shifting energy into a glowing final act.

Providing the first interpretation of 'Perfect Love' is Paul Deep (AR). With a career that spans the better part of a decade, the Argentinean artist has compiled an impressive resume along the way, landing releases via All Day I Dream, Tale and Tone and The Soundgarden. Atop a warm, well contoured groove comes devilish effects, neatly tailored percussion and ethereal vocal gates. Emerging atmospheres add depth and space leading into the main break, phasing in and out of coherence as the full vocal sits gently below the surface. It's a remarkable sonic marriage sure to captivate listeners and dance floors alike, before perfectly segueing into a buoyant final movement.

The release concludes with Dabeat providing the second and final interpretation of 'Perfect Love'. Now laying claim to an impressive discography, the Santiago de Cali resident has showcased his music via Cid Inc's Replug Records, Nick Warren's Hope Recordings and UK behemoth Anjunadeep, while continuing to receive play and support from the genre's premiere tastemakers. Taking a cue from the original, Dabeat reshapes the groove for some added funk, while focusing on a dubbier yet equally emotive narrative. Timely chord changes provide an impassioned response, as arpeggiated fragments and wispy effects make for a colourful canopy of sound. Coming to full fruition during the main break, atmospheres begin to open up, rising triumphantly as percussive flurries and harmonic refrains unite for a powerful crescendo and exhilarating final act. An excellent interpretation from Dabeat, which caps off a sensational release for Clubsonica, who get 2022 off to a promising start. 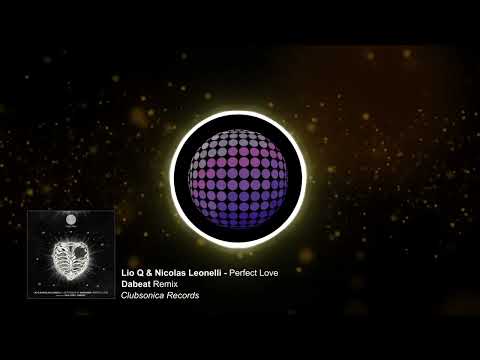