Added 3 months ago by
15 Views
Democratic Senator Joe Manchin is responsible for taking money out of the pockets of 30 million Americans due to his opposition to an extension of the Child Tax Credit payments. The payments were supposed to go out last weekend, before they expired. Manchin wants work requirements along with a reduction in eligibility in order to support the measure, but Democrats have already offered him more compromises than you could count to get his support. Ring of Fire's Farron Cousins explains why this is so devastating.

Support us by becoming a monthly patron on Patreon, and help keep progressive media alive!: https://www.patreon.com/TheRingofFire

Find our merchandise at Teespring: https://teespring.com/stores/rof-store

Support Ring of Fire by subscribing to our YouTube channel: https://www.youtube.com/theringoffire

*This transcript was generated by a third-party transcription software company, so please excuse any typos.

This past weekend 30 million Americans should have received a payment via the extended child tax credit. But those payments never happened because of course they expired in December. They should have been extended as part of the Build Back Better act. They were a part of the package. But there was one individual, one individual who was so appalled by these payments, objected to them so harshly, that 30 million Americans lost that money that many had to considered to be quote, a godsend. And of course, that one individual is Joe Manchin Senator from West Virginia, who has apparently hated these extended child tax credit payments since they started being handed out last July. As part of the ongoing negotiations that were taking place with the Build Back Better act, Manchin repeatedly said he wanted to scale down the number of people that received these tax credit payments. You know, he wanted to lower the income threshold so fewer people would receive them.

He also, at one point was toying with the idea of putting work requirements on there, saying that if you don't have a job, you don't get the money because, you know, why give it to the people who need it the most because they already can't make ends meet because they don't have a job. And of course, we also know that behind closed doors, he was telling his colleagues that, oh, these people are probably spending the money on drugs anyway. Well, that's not true and of course, we've done a story on the fact that most people spent it paying bills. Some people actually were able to put it in savings. But for the most part, the vast majority of them spent it on bills, medical expenses, food for their family, things like that. You know, basically being able to get by without having to sacrifice elsewhere and that's the point, without having to sacrifice elsewhere, because for a brief moment in time, they had enough money to get by.

For six months, they were doing better than they had ever done. This payment lift millions of children out of poverty here in the United States. And Joe Manchin is the reason we don't have it today. So that's the human aspect of it, right? That is the human side of it and that's why it's so important and that is the most important reason. But let's talk about the political side of this, right? Imagine being so freaking stupid, knowing that your party is already headed for a really bad midterm experience this coming November, and then saying, you know what, for the hell of it, what if we literally took money out of people's pockets too? What if we stopped giving them this monthly payment that was lifting millions out of poverty? Do you think that's gonna play well with voters when they go to cast their ballots in November? Or do you think it's probably gonna more people off saying, well, we had a nice run there, for a while I didn't have to not go buy my medication. 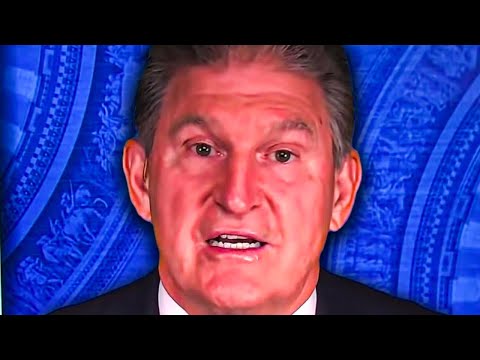 Democratic Senator Joe Manchin is responsible for taking money out of the pockets of 30 million Americans due to his opposition to an extension of the...